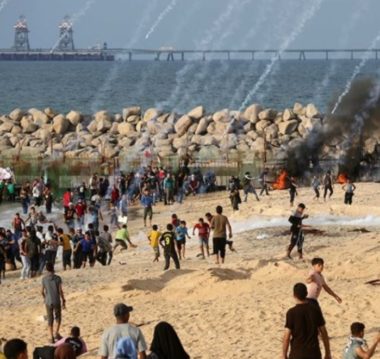 Israeli forces attacked, Monday,  the Naval March protest taking place along the northern borders of the besieged Gaza Strip. The peaceful protests, taking place for 21 weeks, with the intent of ending the 11 year Israeli/Egyptian blockade on Gaza.

Since 2007, the Gaza Strip has been under an Israeli and Egyptian blockade, via land, water, and sea, all prior attempts to lift the blockade, have been unsuccessful.

The movement of nearly 2 million inhabitants of Gaza is severely restricted as a result of what Israel claims is security reasons.