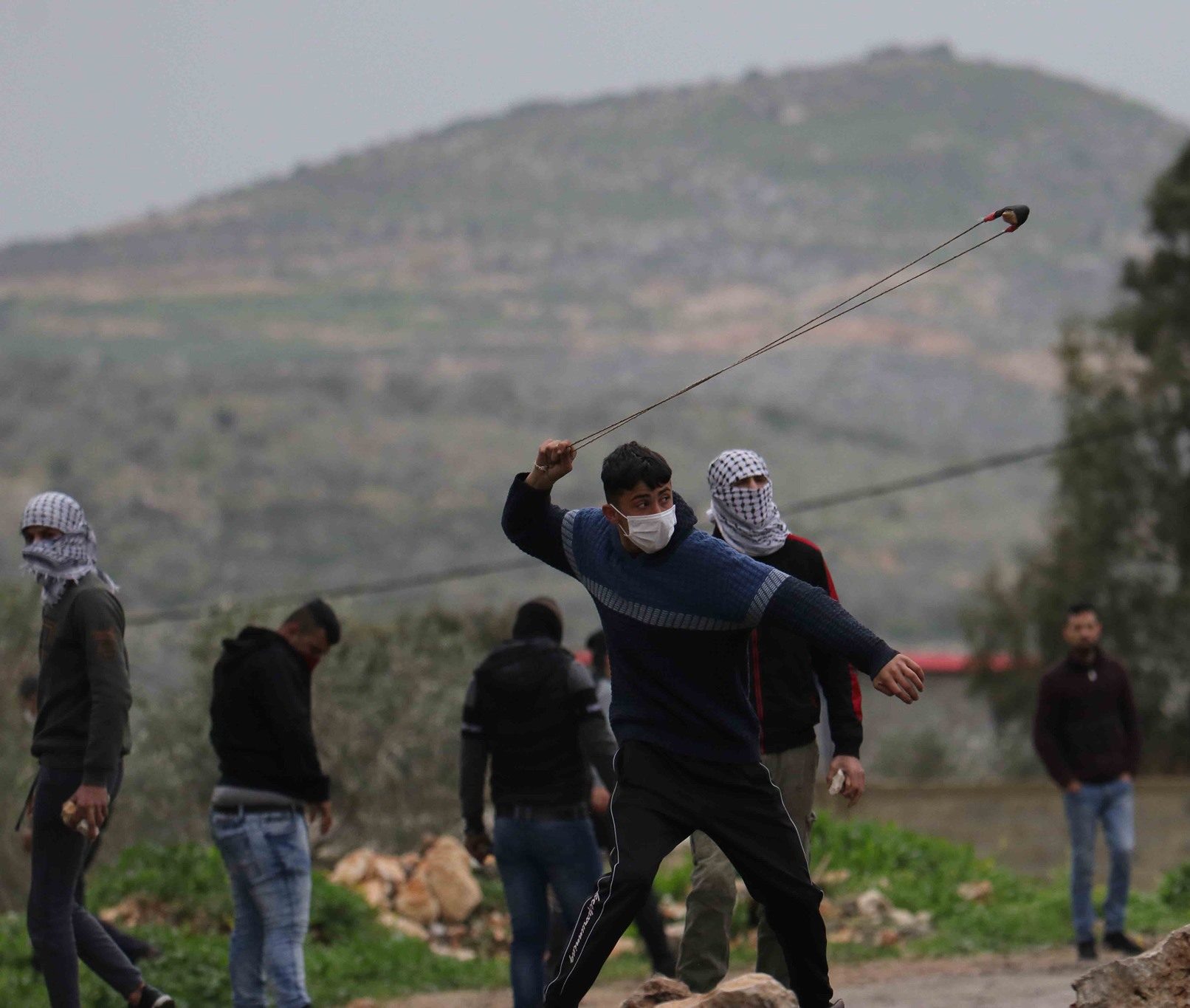 A Palestinian youth was injured when Israeli forces opened fire at Palestinian citizens, while dozens of Palestinians choked on tear gas in Kufur Qaddoum village, in the northern West Bank district of Qalqilia on Friday, the Palestinian Information Center reported.

Morad Eshteiwi, the coordinator of the Popular Committee against the Wall and Colonies said that a Palestinian young man was wounded in the arm when Israeli forces fired at Palestinians taking part in Kufur Qaddoum’s weekly non-violent march against settlements. The wounded young man, who was reportedly hit by fragments of a concussion grenade in his arm, was transferred to hospital for treatment, while those suffering from inhalation injuries from tear-gas fired by soldiers, were treated at the scene.

The Palestinians living in the Kufur Qaddoum village and surrounding areas have staged protests against Israeli settlement expansion, as well as the closing of the main road which links the village to the closest major city in the northern West Bank, Nablus city. Israel closed the road to Palestinians in 2002, to benefit the illegal Israeli settlers, causing difficulties for local Palestinians.