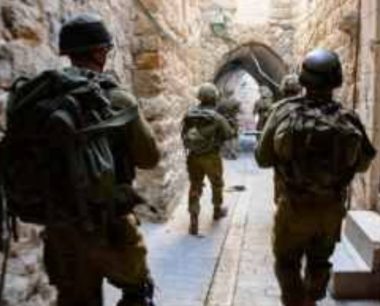 The Israeli police detained a Palestinian woman and her husband, Al-Maqdisi, on Sunday, after invading their home in Al-‘Isawiya town in occupied East Jerusalem, the Palestinian Information Center reported.

Local sources said that the woman, holding a West Bank identification, was detained under the pretext of illegal residence in Jerusalem.

Soldiers also detained Yusef’s two children, Mustafa and Fadi, and Ayman’s son, Muhammad, as they were grazing their sheep near the Apartheid Wall, and interrogated them for hours before releasing them.