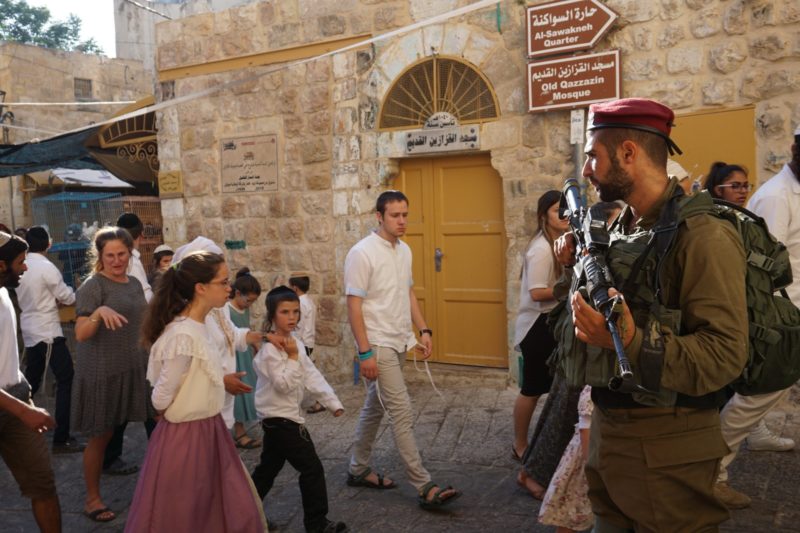 The Israeli authorities announced, last week, a military order to confiscate a large area of Palestinian lands in the Tel Rumeida area, in the southern West Bank city of Hebron.

Palestinian citizen, Haji Radi Abu Aisha, received an order from Israeli authorities, and said that the military order stipulates that pillars and surveillance cameras will be installed near his home.

This military edict by the occupation, allegedly allows Israel the right to sieze Palestinian-owned lands in Hebron city, the Palestinian Information Center reported.

Local sources stated that the Israeli army handed out maps of the seized areas marked in red along with a military dictation of the intent to expropriate Palestinian property in Hebron.

The head of the Youth Against Settlements, Palestinian activist, Issa Amr stated that “the military verdict targets 17 areas in Tel Rumeida neighborhood, ash-Shuhada street and the vicinity of Kiryat Arba settlement — in the Israeli-administered area of al-Khalil’s (Hebron) city center known as H2 according to Oslo accords.”

“The targeted lands are 3,807 square meters (1 acre) and is located in a very important area of the central al-Khalil (Hebron) city,” Amr added.

According to the B’Tselem (The Israeli Information Center for Human Rights in the Occupied Territories; About 34,000 Palestinians and 700 settlers now live in H2. Of the Palestinian residents, some 7,000 live in areas near settlers’ homes or near streets in use by the settlers. Israeli authorities impose a regime intentionally and openly based on the “principle of separation”, the result of which is legal and physical segregation between the Israeli settlers and the Palestinian residents. Palestinians living in the area are subjected to extreme restrictions on their movement by car or on foot – including the closure of main streets – while settlers are free to go where they wish. In addition, the military has issued shutdown orders to hundreds of stores and commercial establishments in the area.