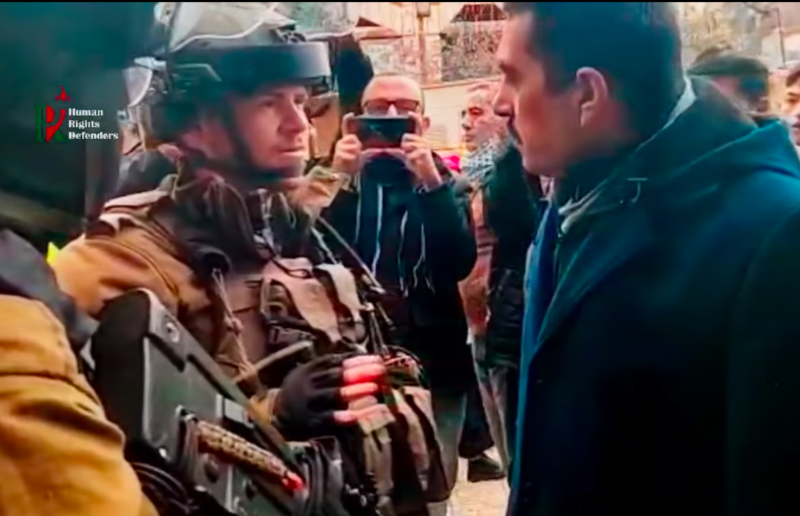 Israeli soldiers forced, on Saturday, Palestinian shops to close for the fourth day in a row, in the Old City of Hebron (Al-Khalil) in the southern occupied West Bank, according shop owners and a local official.

Taysir Abu Sneineh, the mayor of Hebron, told the Palestinian News & Information Agency (WAFA) that soldiers ordered several Palestinian-owned shops on Shallaleh street to close their businesses in the Old City, without providing any reason.

Abu Sneineh added that these shop owners rely on their businesses to provide for their families, and closing the stores makes it very difficult for them to make a living, adding that the goal of the occupation is to rid the city of the Palestinian population to make room for the illegal colonists living in the area.

Palestinian activists from the Human Rights Defenders group organized a gathering to protest the unjustified closure of the shops, and confronted occupation soldiers.

Since last Tuesday, the Israeli army keep closing Palestinian shops in the Old City of Hebron as a collective punishment for the residents of the area. pic.twitter.com/lNJwLCamje