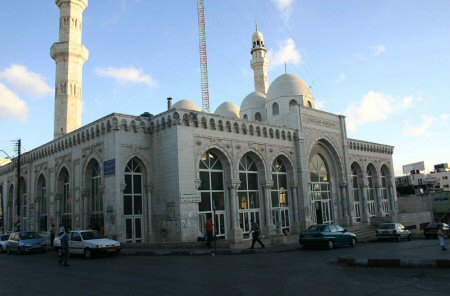 An undercover Israeli force, on Friday evening, raided a mosque in the center of Ramallah city, in the occupied West Bank, and kidnapped one of its employees.

WAFA correspondence said that an undercover Israeli force of about 10 combatants, accompanied by sniffer dogs, raided Jamal Abdul-Nasser Mosque, in the center of the city, and kidnapped Hamza Ghanem, an employee of the Ministry of Awkaf – in charge of places of worship – while at his job.

The attacking force seized the surveillance cameras of the mosque. An Israeli army force arrived at the scene, later, to secure the pullout of the undercover force, provoking confrontations with locals.

Minister of Awkaf, Yousi Id’ais, condemned the Israeli attack on the mosque and reiterated calls on the international community to protect Muslim and Christian holy places in Palestine from Israeli attacks.