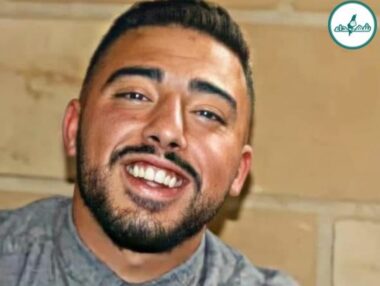 Protesters in Lebanon, many of them Palestinian refugees, gathered at the border fence between Lebanon and Israel Friday to protest the Israeli assault on the Palestinian Territories. Israeli forces stationed at the border opened fire, killing one and wounding several others.

The man killed was identified as Mohammad Tahhan, 21. He was from the town of Adloun, and died at Marjayoun Governmental Hospital after he was injured by Israeli fire.

Israeli military claims that Mohammad had crossed the border were refuted by photos and videos showing that he was clearly in Lebanon when he was shot.

The Friday protests came a day after several rockets were fired by unknown assailants in Lebanon, landing in the Mediterranean Sea off the coast of Israel. Israeli fighter jets then engaged in flyovers of southern Lebanon throughout the night, terrifying the residents of the Palestinian refugee camps located in southern Lebanon.

Many say they are fearful of Israeli bombardment of the camps, which has happened several times in the past two decades. On Friday midday, protesters in southern Lebanon marched to the border fence with Israel – this is the same location where a series of protests took place several years ago as part of a ‘March of Return’ campaign of Palestinian refugees demanding that Israel adhere to international law and allow the return of the Palestinian refugees who were expelled during the formation of the state of Israel, and their descendants.

During the protest on Friday, the Palestinian refugees and their supporters waved Palestinian flags and chanted slogans in support of Palestinian equal rights, and the internationally-recognized right of return for refugees.

The Israeli media reported that “Some [of the protesters] reached the international border fence and vandalized it. Five or six people entered the Israeli territory and lit a fire in the Ayun River Nature Reserve. The army then arrived and dispersed them with live fire.”