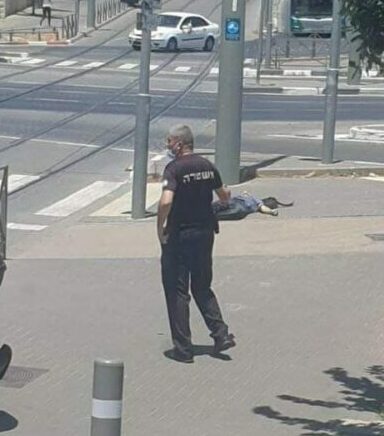 Witnesses stated that the police opened fire at the minor, firing several rounds, killing him, near the illegal French Hill colony in occupied Jerusalem. It was reported that the Israeli police are holding the body of the slain teen.

The army alleged that the teen, identified as Zuhdi Al-Tawil, 17, from Kafr Aqab town, north of Jerusalem, stabbed two Israeli settlers, one of whom is a soldier, both suffered moderate wounds.

It added that Israeli media reported that the two were transferred to Ein Karem Hospital for medical intervention.

The incident took place in al-Janiya village, west of the central West Bank city of Ramallah. Witnesses stated that the 15-year-old Palestinian boy suffered shrapnel wounds to his hand, he was subsequently transferred to hospital for treatment.