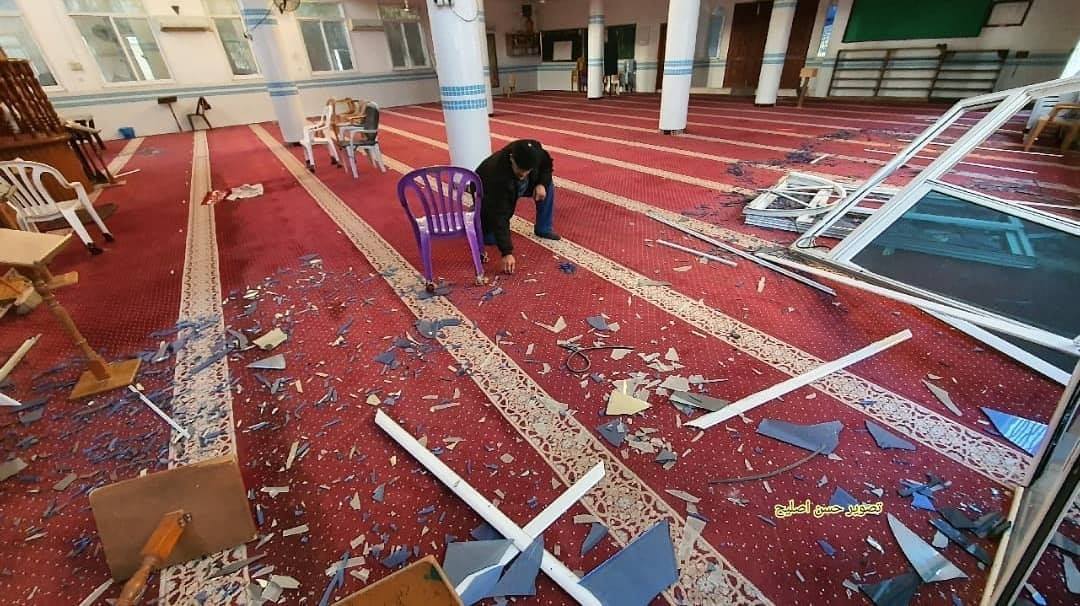 The Israeli occupation unleashed, Friday night, a military offensive against the besieged Gaza Strip, injuring a Palestinian child and a young man with shrapnel, according to Palestinian WAFA News Agency.

After alleged rocket fire from the coastal enclave, the Israeli military reacted with intensive air and artillery strikes, in the central and southern Strip, damaging a number of civilian targets, including homes, a mosque, and the Mohammad Durra Pediatrics Hospital, causing material damage.

WAFA correspondent stated that five missiles were launches towards the Tuffah neighborhood in Gaza City, causing glass and shrapnel injuries. The casualties were brought to Shifa hospital in Gaza City, their injuries being described as ‘light’.

Fires were reported at the sites of missile impact, and electricity was cut off due to damage to power lines.

In a statement, the Israeli army said “the Iron Dome system intercepted two missiles fired from Gaza towards the coastal city of Ashkelon,” reported the Jerusalem (Quds) Press.

Photos of the damage at a mosque in the eastern #Gaza city as a result of the Israeli airstrikes against the besieged Strip last night.