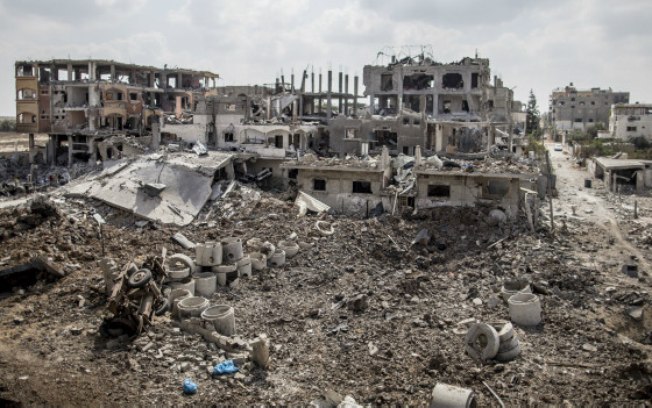 In a precedent-setting decision Tuesday, the Israeli military decided not to press charges against a senior officer who ordered his troops to bombard a hospital in Gaza in 2014 to reportedly “raise their morale” with a “revenge attack” after another officer was killed.

The officer, Lieutenant Colonel Neria Yeshurun, told military investigators that he was mad that he and the soldiers were unable to attend the funeral of an officer who was killed a few days before, so “we decided to fire a volley of shells toward the point from which he lost his life.”

According to the Israeli paper Ha’aretz, Major Amihai Harch, Yeshurun’s commander, said at the time, “The only unusual thing [Yeshurun] did was that he put the incident on top of the eulogy to Dima, the company commander who was killed. That was certainly to raise [morale]. And I say to you on the level of facts — that raised morale and encouraged the soldiers to continue the mission.”

These admissions were made directly to the military investigators in Yeshurun’s case, but were not deemed sufficient to place any charges on the officer.

The night of killings in Sheja’eyya became known to Palestinians as the Sheja’eyya massacre. Throughout the night, the shelling of the neighborhood was continuous, affecting every home – most of the neighborhood was completely destroyed, and many of those killed were crushed in the rubble of their own homes. Survivors ran through the streets carrying babies and children, desperate to escape the continuous Israeli assault.

The attack took place on July 31st, 2014, just a day after the bombing of a school where families had taken refuge. About the attack on the school, UN Secretary General stated, “I condemn this attack in the strongest possible terms. It is outrageous. It is unjustifiable, and it demands accountability and justice. Nothing is more shameful than attacking sleeping children.” Since the time of the attack, there has been no accountability for the soldiers involved, and no charges.

Former Israeli soldier turned whistleblower Eran Efrati published accounts at the time, in August 2014, from soldiers in two different units reporting that their commanding officers had ordered them to carry out attacks against civilians in order to ‘revenge’ for soldiers who had been killed.