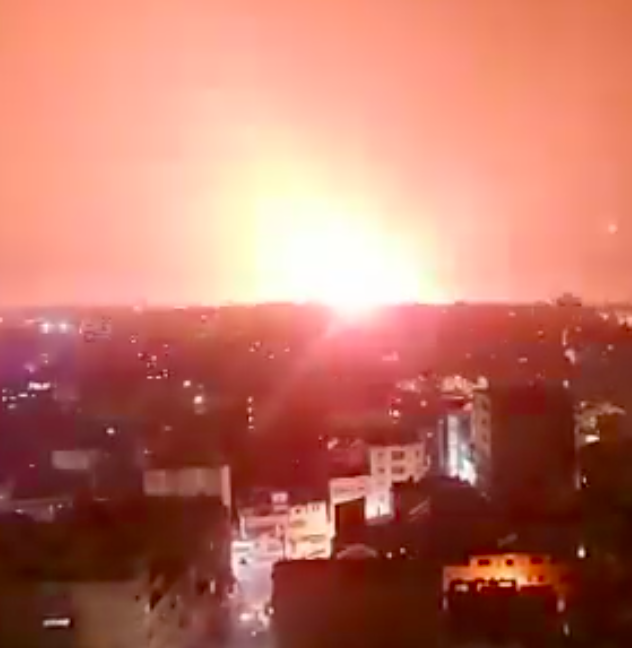 The Israeli military attacked, on Saturday night, a number of sites in the besieged Gaza Strip, causing damage but no casualties, the Palestinian News & Information Agency (WAFA) reported.

No injuries have been reported.

Army spokesman claimed that the attacks were in response for two rockets fired from the Gaza Strip on Saturday morning which landed in the sea adjacent to Tel Aviv.

QNN added that the rockets were the result of a technical error, and did not cause damage or injury.

In May of 2021, the Israeli occupation unleashed a brutal 11-day assault on the besieged Gaza Strip causing widespread death and destruction, killing 254 Palestinians, including 66 children, 39 women and 17 elderly, and injuring 1,948 others, according to the Palestinian Ministry of Health.

Watch | Explosions can be seen as Israeli warplanes attack with missiles the Al-Qadisia outpost for the Palestinian resistance in Khan Younis, south of the #Gaza Strip. pic.twitter.com/qP9lfj68Bw