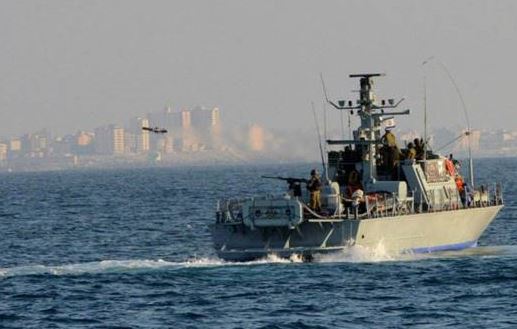 The Palestinian Center for Human Rights (PCHR) noticed that Israeli forces have recently concentrated their attacks against fishermen in Gaza Sea, denying them access to their livelihood and free fishing in Gaza Sea.

According to PCHR’s investigations, at approximately 07:20 on Monday, 16 January 2017, Israeli gunboats stationed off al-Wahah Shore, west of Beit Lahia in the northern Gaza Strip, opened fire at Palestinian fishing boats sailing only 700 meters offshore and then surrounded a boat belonging to Sharif Mohammed al-Sultan.

The boat was manned by his son, Uranus (20) and Mohammed Ghaleb Ramadan al-Sultan (24); both are from al-‘Atatrah area in Beit Lahia.

The Israeli naval soldiers ordered the two fishermen to take off their clothes, jump into the water and swim towards the gunboat.  They were then arrested while their boat was kept in custody.

The boat was manned by the boat’s owner, his son Anas (21) and Mohammed Khaled Mohammed Abu Dayyah (32).  All of them are from al-Shati’ refugee camp in Gaza City.

The Israeli naval soldiers ordered the three fishermen to take off their clothes, jump into the water and swim towards the gunboat.  They were then arrested while their boat was confiscated.

It should be mentioned that the Israeli authorities released the three fishermen at approximately 18:30 while they kept the boat in custody.

PCHR strongly condemns the continued Israeli attacks against Palestinian fishermen in the Gaza Strip and:

1.         Calls for immediately ending the chasing police of fishermen and allow them to sail and fish freely;

2.         Demands compensation for victims of the Israeli violations for the physical and material damage and

3.         Calls upon the international community, including the High Contracting Parties to the 1949 Geneva Convention, to intervene to stop all Israeli violations against fishermen and their property and allow them to fish freely in Gaza Sea.