Sweeping House Demolitions: ‘A Declaration of War Against the Arab Community’ 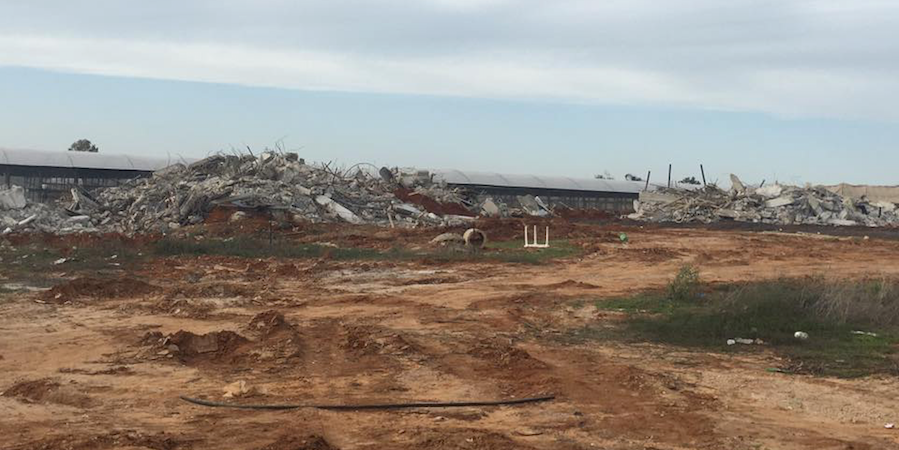 Palestinians protest the demolition of eleven homes in Qalansuwa by taking to the streets and launching a general strike.

Leaders of the Palestinian community in present-day Israel announced a general strike as hundreds of Palestinians took to the streets in protest of the demolition of 11 houses in the town of Qalansuwa.

The strike was observed in Nazareth, Umm al-Fahm, Haifa as well as Qalansuwa.

The Joint List, a coalition of primarily Palestinian parties that is the third largest bloc in the Israeli Knesset, condemned the demolitions.“The act of demolishing 11 houses, whose owners built on their private lands in Qalansuwa, is an unprecedented crime and a declaration of war against the residents of Qalansuwa and against the Arab community in Israel,” the party said in a statement. “The Arab public will not stand idle by this policy and will defend the right to fair and safe housing.”

Joint List MK Jamal Zahalka said, in reference to Israeli Prime Minister Benjamin Netanyahu, “We suggested negotiation to solve the problem of unlicensed houses, but the government sent bulldozers to demolish them, leaving us no choice but to defend our homes.”

Another demonstration is planned for Friday in Qalansuwa. Protestors will gather at the Rabat Mosque and march in the direction of the demolished homes.

The High Follow-Up Committee for Arabs in Israel is planning further actions to upset Israel’s discriminatory city planning regime in coordination with the mayor of Qalansuwa and Joint List MKs.