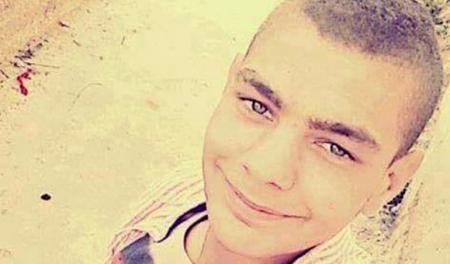 Faris al-Bayed, 15, died December 23 after being shot with a rubber-coated metal bullet by Israeli forces and more than two months in a coma. (Photo: al-Bayed family)

Ramallah, December 23, 2016—Israeli forces have killed 31 Palestinian children in the occupied West Bank, including East Jerusalem, in 2016. This makes it the deadliest year of the past decade for West Bank children, according to Defense for Children International – Palestine research.

An injury to the head from a rubber-coated metal bullet claimed the life of 15-year-old Faris Ziyad Atta al-Bayed on Friday after 69 days in a coma. Israeli soldiers shot him during clashes at the entrance of Jalazoun refugee camp, north of West Bank city of Ramallah, on October 15.

“I looked at Faris and saw him moving his head so fast … and falling to the ground, with his face covered in blood,” a witness told DCIP. “I realized he had been shot in the head.”

Doctors who treated Faris at the Palestine Medical Complex in Ramallah told DCIP that the rubber-coated metal bullet pierced the front of his head and lodged in his brain, causing severe damage and bleeding. They successfully removed the bullet and placed him on a life support machine.

Witnesses told DCIP that Faris had attended a march in commemoration of Ahmad Sharaka, also from Jalazoun refugee camp, who was killed at age 14 by Israeli forces in October last year in similar circumstances. Faris joined a group clashing with Israeli soldiers in an area between the UNRWA boys’ school in Jalazoun and the nearby Beit El settlement, according to witnesses.

According to Israeli media, the internal army investigation found the shooting justified, but faulted the conduct of the soldiers, and “the platoon commander was summoned for investigation by the battalion commander.”

The same investigation also looked into three other shootings of Palestinians that resulted in death or serious injury, in October, and found that soldiers failed to follow proper procedures that would have prevented these incidents. In some cases, the report stated, the soldiers were not at risk and could have avoided opening fire. 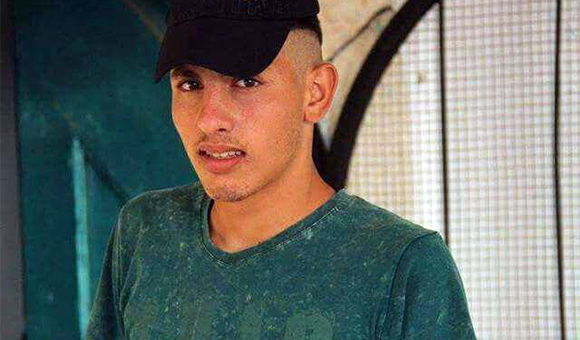 Accountability for shootings by Israeli forces is extremely rare. Only one incident since 2014 has resulted in an indictment.

The deteriorating situation for children in the occupied West Bank, including East Jerusalem, resulted last week in the killing of a teenager and the serious injury of another.

Israeli forces shot dead Ahmad Hazem Atta Zeidani, 17, on December 18 in the West Bank village of Beit Rima, northwest of Ramallah. He sustained a fatal gunshot wound to the chest, just after midnight, during violent clashes between Palestinians and Israeli forces, according to witnesses. 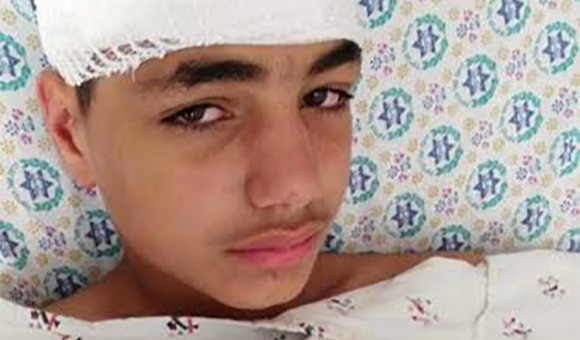 On December 14, Fahmi Juweilis, 13, suffered a head injury from bullet shrapnel during clashes, in the Old City of Jerusalem, in which Israeli soldiers’ fired live ammunition, killing an alleged Palestinian attacker.

Fahmi was returning home from his school, located in the Old City, when shrapnel from Israeli soldiers’ bullets struck the right side of his head. According to his mother, Israeli soldiers delayed medical care for her son, despite the seriousness of his injury. She also said soldiers interrogated her son about the alleged attack that had just taken place, before allowing an ambulance to transport him to Isawiyya hospital.

After receiving first aid treatment for a skull fracture and bleeding, Fahmi was transferred to Hadassah Ein Kerem hospital, where doctors performed two surgeries to extract shrapnel fragments lodged in his head.

Between November 29 and December 12, the United Nations Office for the Coordination of Humanitarian Affairs (OCHA) reported that Israeli forces injured 11 children in the context of clashes across Gaza and the West Bank, including East Jerusalem. DCIP documented 81 Palestinian child injuries in 2016, the vast majority of which were at the hands of Israeli forces.

In several child injury and fatality cases highlighted by DCIP and local media, paramedics who arrived on the scene after an incident reported that Israeli forces prevented them from approaching children who had sustained gunshot wounds.