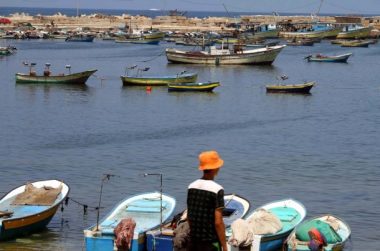 Israeli navy ships attacked, on Tuesday morning, several Palestinian fishing boats in the Sudaniyya area, northwest of Gaza city, and fired many live rounds at them, before abducting six Palestinians, including two children.

The navy fired many live rounds at the fishing boats, while sailing less than four nautical miles from the shore, and abducted six Palestinians, after forcing them to undress and swim towards the navy ships.

The five were in two boats, and were all forced to remove their clothes, and swim in the cold water, towards the navy ships, before being transferred to Ashdod Port.