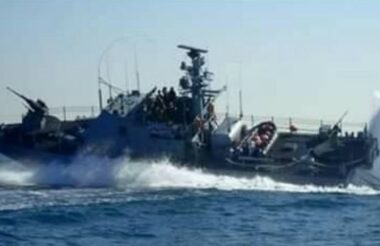 Media sources said the navy fired many live rounds, flares, and high-velocity gas bombs at the fishing boats near the shores of Khan Younis and Rafah.

They added that the navy also used water cannons and chased the boats to the shore.