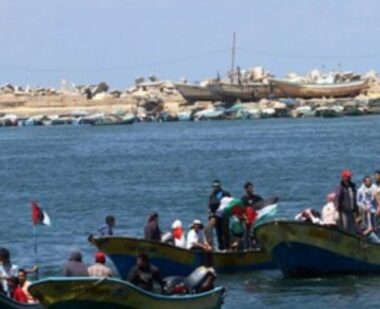 The Israeli navy and the army attacked, Wednesday evening, Palestinian fishermen and farmers in the southern parts of the besieged Gaza Strip.

They added that the navy chased the Palestinian boats to the shore, denying them the right to fish to provide for their families.

On Tuesday evening, Israeli navy ships attacked Palestinian fishing boats near the shore, west of Rafah, in the southern part of the Gaza Strip.