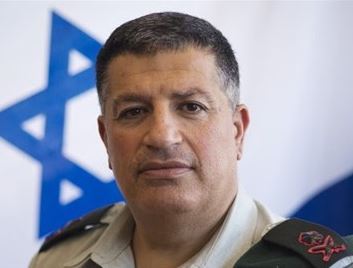 Israeli Army Coordinator of Government Activities in the Occupied Territories, Major Maj. -Gen. Yoav ‘Poli’ Mordechai, said the Israeli army will continue its activities in border areas in the Gaza Strip, and denied any knowledge of an agreement on the issue.

Mordechai stated the army intends to continue its operations “against Hamas,” adding that the Hamas movement is “digging tunnels in areas that are under full Israeli control.”

He also said that the military will act against the tunnels in the “Buffer Zone,” across the border fence, and that “such tunnels and activities by Hamas target Israel’s sovereignty, and pose a threat to its security.” Meanwhile, member of the Political Bureau of Hamas, Mousa Abu Marzook, thanked the Qatari ambassador in Gaza in what he described as “his role in repelling the latest Israeli escalation against Rafah and Sheja’eyya.”

“The people of Gaza appreciate the role of Qatar, the Qatari ambassador, and his relentless efforts in preventing Israel from destroying what Qatar built in the Gaza Strip,” according to Abu Marzook.

On the ground, the Israeli army bombarded several areas in the besieged Gaza Strip, causing serious property damage, in addition to wounding an elderly man and three children.

The Israeli army also invaded, and bulldozed, Palestinian lands, after advancing approximately 150 meters, northeast of Rafah, in the southern part of the Gaza Strip.