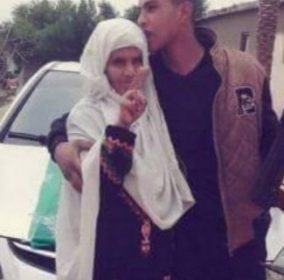 Palestinian medical sources have reported that a Palestinian woman was killed, on Thursday evening, after the Israeli army fired shells into Khan Younis, in the southern part of the Gaza Strip.

The sources said that Zeina al-‘Amour, 55, was killed after the Israeli army fired artillery shells into the al-Fakhari area, east of Khan Younis. One Palestinian, identified as Khozeima al-Farra, 21, was injured in the bombardment.

Medics rushed her to the Gaza European Hospital where she died of her very serious wounds. Several Palestinians were also injured in the Israeli bombardment.

The Israeli army also fired many shells into Palestinian agricultural lands and buildings, in different parts of southern Gaza, especially east of Rafah, wounding at least one Palestinian.

The Israeli air force carried out four strikes into agricultural lands in the Abu ar-Roos area, and one strike into ar-Rayyan area, in addition to firing at least one missile into a site, run by the Al-Qassam Brigades of Hamas, west of Rafah.

One Palestinian, identified as Khozeima al-Farra, 21, was injured in an Israeli bombardment targeting an area east of Rafah.

Meanwhile, armed resistance groups in Gaza fired at least three mortar shells into an army base, near the Sofa Crossing, in southern Gaza, in addition to firing mortars at Israeli military vehicles, operating east of Rafah.

They also fired at least six shells targeting army vehicles, including units of the Engineering Corps, operating close to the border fence, east of Rafah.

More shells were fired at Israeli military vehicles invading Palestinian lands, close to Sofa base, while the army fired a shell into a post, run by the Al-Quds Brigades of the Islamic Jihad.

In a press release, the Al-Qassam Brigades of Hamas said it will not allow the army to continue its aggression on Gaza.

“We will not allow this aggression and escalation on the Gaza Strip to continue,” The Brigades said, “The enemy must not make excuses; it must leave Gaza instantly and deal with its fears and insecurities somewhere else.”

It is worth mentioning that the Israeli Ministerial Cabinet will be holding a special meeting, on Friday morning, to discuss the situation on the Gaza Border, and operations the army is conducting.