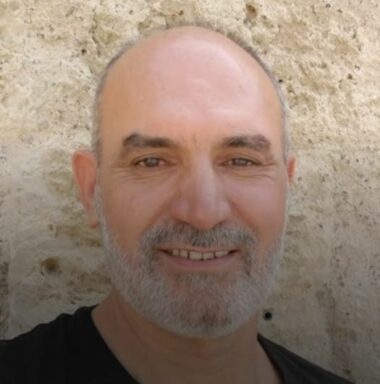 Israeli police officers invaded, on Monday at dawn, the home of Mohammad As’ad Kana’na, a senior political leader of Abnaa’ el-Balad secular movement in Arraba town, in the Lower Galilee, and abducted him.

Abnaa’ el-Balad (Sons and Daughters of the Country) Movement said the police stormed the home of Mohammad As’ad Kana’na, and detained him, before moving him to an interrogation facility.

The movement denounced the abduction and said the move comes to silence all voices expressing solidarity with the hunger-striking Palestinian detainee, Maher al-Akhras, who is ongoing with the strike which started 100 days ago, despite his deteriorating health condition.

On its part, the High Follow-Up Committee for Arab Citizens of Israel said, “the abduction of comrade Kana’na from his home is part of a series of arrests and interrogations he was subjected to over the past several years.”

The head of the Follow-Up Committee Mohammad Baraka said that the current detention and interrogation of Kana’na is directly related to his solidarity activities, along with As’ad Manasra, in support of al-Akhras, especially since the Committee is planning a protest in front of Kaplan Medical Center where al-Akhras is hospitalized as he continuous his strike and refuses medications despite his seriously deteriorating health condition.

Baraka stated that the Committee and other political factions stand in support of Kana’na, despite the Israeli violations and arrests.