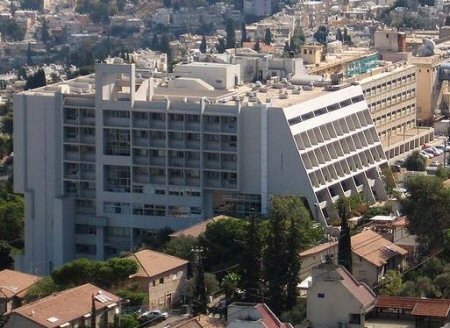 Adalah – The Legal Center for Arab Minority Rights in Israel and Physicians for Human Rights – Israel (PHRI) filed a complaint on 23 May 2018 calling on the Israeli Health Ministry and the director of a Haifa hospital to open investigations into suspicions that police illegally intervened in medical decisions and pressured medical staff to violate ethical norms during the treatment of Mossawa Director Jafar Farah.

Farah was arrested by Israeli police during the 18 May protest in Haifa and subsequently admitted to Bnai Zion Medical Center after officers broke his left knee while he was in custody.

The Adalah-PHRI complaint, based on testimony from Farah and Bnai Zion medical staff on duty at the time of the incident, includes four primary claims:

Israeli police pressure on doctors to release Farah;
the concealing of medical information from Farah;
the handcuffing of Farah to his bed during treatment, in contravention of medical ethics;
verbal police attacks on medical staff.

Farah was handcuffed to his bed by an arm and, periodically also his leg, for the majority of his stay in the emergency room in direct contravention of medical ethics which explicitly forbid this practice.

In addition, testimony revealed that police officers who stayed with Farah during the period of his hospitalization mocked and verbally abused medical staff.

One police officer said to a nurse wearing a Muslim headscarf: “We can see you are inciting everyone.”

Another officer told an intern who sought to issue a medical order to remove the Farah’s handcuffs: “Your decision will be taken to the court and if it was found to have been lacking medical grounds, you will pay for it.”

Israeli police also prevented Jafar’s lawyer from meeting with him at the time of his release from hospital.

Additional testimony also revealed a string of failures in the medical care Farah received during his hospitalization. Against doctors’ recommendations and due to pressure police on medical staff, Farah was released from the orthopedic unit just a short time after his admittance. Police also prevented Farah’s own doctor from visiting him during the period of his hospitalization and even refused to provide him with a copy of the discharge letter, as obligated by hospital regulations.

Testimony also revealed that police subjected Farah to verbal abuse and threats upon his release from Bnai Zion Medical Center: when one officer wanted to handcuff Farah inside a police ambulance, the driver said: “If he flees, we’ll shoot him. We don’t need handcuffs.”

Regarding the decision to release Farah early, Adalah and PHRI wrote in their letter of complaint:

“This is an apparent violation of the basic ethical considerations and duties of the hospital staff… The fact that Farah did not receive a discharge letter is a violation of the patients’ rights law, of medical ethics, and of the duties imposed upon police administrators.”

Regarding Farah’s handcuffing during his medical treatment, Adalah and PHRI wrote: The detainee never resisted arrest and was arrested as a result of legitimate political activity and, because of the fracture of his knee, in any case he was unable to escape at all. His handcuffing was intended to achieve one purpose: humiliating Farah and harming his morale.”

Adalah and PHRI said Israeli police officers’ verbal abuse of medical staff was an attack on the independence of the health care system.

Adalah and PHRI demand that Bnai Zion Medical Center immediately provide Farah with a copy of his medical file and investigate the circumstances of his discharge, and that the Health Ministry call for an investigation of police behavior during the series of incidents.