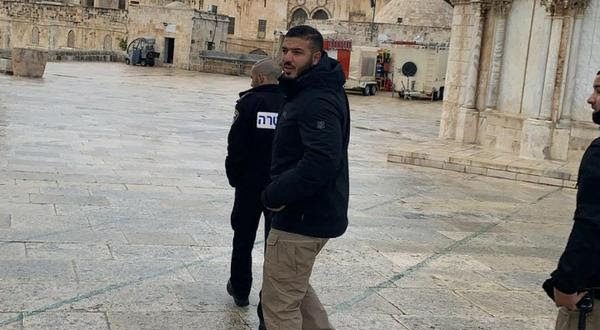 Israeli forces, on Tuesday morning, arrested a guard of Al-Aqsa Mosque in occupied Jerusalem while settlers entered the mosque under heavy protection by the occupation soldiers.

According to Palestine News Network, the Israeli police stormed Al-Aqsa courtyards and arrested Fadi Alayyan, from the courtyards of 3rd Holiest site in Islam.

In the same context, dozens of settlers, headed by the extremist member of the Israeli Knesset, Yehuda Glick, stormed the blessed Al-Aqsa courtyards.

Eyewitnesses said that settlers invaded the mosque from the Mugrabi Gate, and carried out provocative tours inside its courtyards, exiting from the Bab al-Silsila (Chain Gate).