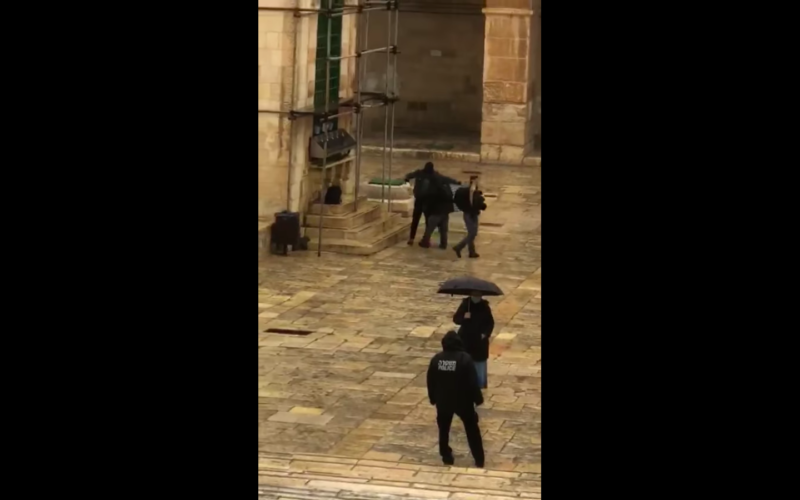 Israeli police forces, on Wednesday, invaded the home of Mohamed al-Ajlouni of occupied East Jerusalem, and detained the Palestinian young man and his wife, the Palestinian Information Center reported.

Police stormed the couple’s home, in the Old City near the Al-Aqsa mosque, for an undisclosed reason.

Additionally, Israeli police searched a Palestinian youth who was present at the Al-Aqsa compound during the illegal Israeli settlers’ incursion into the Islamic holy site.

Police searched the youth, inspected his identification, and rifled through his belongings. There were no reports of any further arrests.