Israeli Set To Approve 20 Colonialist Projects In The West Bank 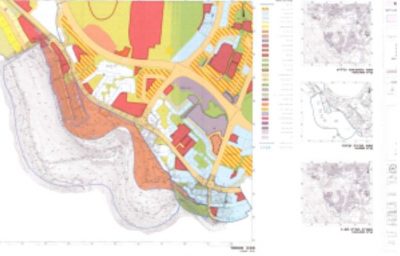 The Israeli “Construction and Planning Committee” of the Jerusalem City Council is set to discuss and approve, Wednesday, 20 new colonialist projects to be built in illegal colonies, commercial and tourist centers on Palestinian lands.

The largest project is the construction of a new settlement on the southern hills of Gilo illegal colony, close to the Annexation Wall, on Palestinian lands belonging to the Al-Walaja village, in Bethlehem, southeast of occupied Jerusalem.

The plan includes constructing 770 new residential units in Gilo, in addition to tourist and commercial buildings, on approximately 142.846 Dunams of lands, while the constructions themselves will occupy around 98.927 square/meters.

3500 square/meters of them are set for tourism and hotels, 19.816 for public buildings, 73.788 for residential buildings, and 1050 for commercial structures. It also aims at constructing 891 buildings in Gilo, on approximately 269.411 Dunams.

The City Council is also set to discuss more structures in Ramot illegal colony, north of occupied Jerusalem, on 15 Dunams of lands. It calls for constructing 156 residential units, including 112 that were previously approved.

Furthermore, the Construction and Planning Committee will discuss building a large three-story synagogue in Jabal al-Mokabber Palestinian neighborhood, southeast of occupied Jerusalem, in an area that overlooks the Al-Aqsa Mosque and the Old City.

The synagogue is planned to be built on 1.215 Dunams of Palestinian lands, with the total size of 1930 square/meters, that would be part of Nof Zion illegal colony, built on lands belonging to Jabal al-Mokabber Palestinian neighborhood.

Furthermore, the Committee will be discussing increasing the number of buildings, including a synagogue, in Ramot Shlomo illegal colony, north of Jerusalem, on 4925 of Palestinian lands, while the buildings themselves would occupy 7611.78 Dunams of lands.

Israel’s colonies in the occupied West Bank, including East Jerusalem, are illegal under International Law, and the Fourth Geneva Convention to which Israeli is a signatory and a constant violator.

The Palestinians are constantly losing more lands to these illegal constructions, and remain denied access to large areas of agricultural lands, isolated behind the Annexation Wall.