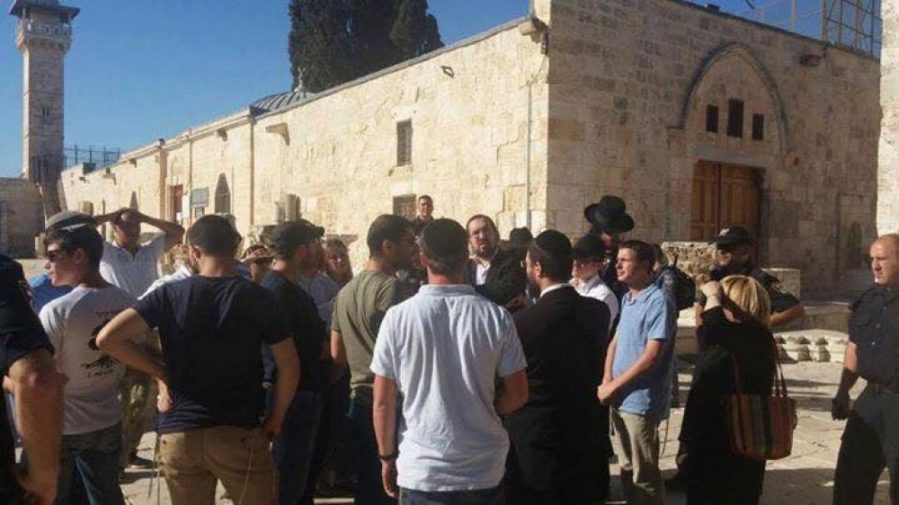 Jerusalemite sources reported. according to Al Ray, that about 11 settlers stormed into the holy site and carried out provocative tours in its yards, while Palestinian worshipers confronted with Takbeer chants (“Allahu Akhbar — God is Greatest!”).

During the raid, an Israeli rabbi performed rituals for the wedding of a settler within the courtyards, noting that Israeli settlers have carried out such a move more than once, sources added.

In the same context, the Israeli occupation forces continued tight measure against worshippers at young ages, seizing the IDs upon entrance to Al-Aqsa.

It is noteworthy that Al-Aqsa Mosque witnesses, almost daily, similar raids carried out by Israeli settlers, in an attempt to Judaize the city, and divide it both spatially and temporally, within a systematic policy.