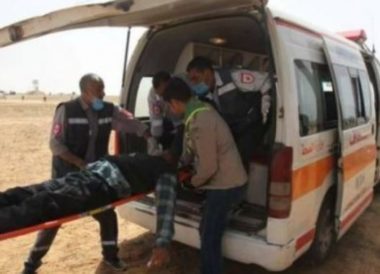 A Palestinian man was injured, on Saturday evening, after he was attacked by Israeli settlers near the village of Burqa, north of Nablus in the northern occupied West Bank, according to local sources.

Ghassan Daghlas, a local official monitoring illegal Israeli settler violence, told WAFA that a group of colonial settlers attacked and physically assaulted a Palestinian farmer identified as Mahmoud Hussein Hajji, 58, while he was working on his farm near the village.

Hajji reportedly sustained a moderate injury and was moved to hospital for medical treatment.

It is important to note that recently the incidence and severity of these attacks have escalated in recent times.

Also on Sunday, Israeli soldiers and settlers attacked a group of Palestinian activists planting olive trees in the Jordan Valley.