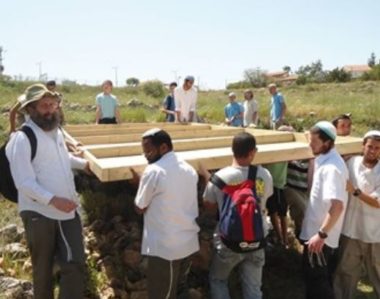 Witnesses stated that a large of colonial settlers invaded the area and began to erect caravans, when local residents quickly responded, by rushing to the site and confronting the illegal colonists, and forcing them to retreat.

They added that Israeli soldiers stepped in to protect the illegal settlers, attacking the Palestinian civilians, who were protecting their land from expropriation.