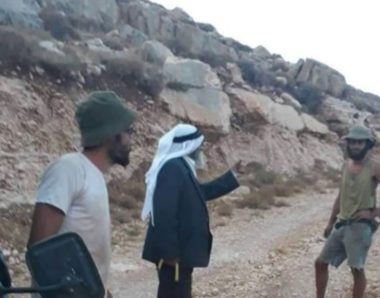 Israeli settlers, on Wednesday, placed a fence around a privately-owned Palestinian land in the town of Beit Ummar, in the Hebron Governorate, southern occupied West Bank, in an effort to take it over, said activist Mohammad Awad.

He said Abu Ayyash has fought a 20-year legal battle against the settlers to prove his ownership of the plot by presenting land deeds proving ownership.

“They came back today and placed a fence around the land and when I showed up to stop them, they said I should go to the (Israeli military) Civil Administration and ask them about the land,” said Abu Ayyash.