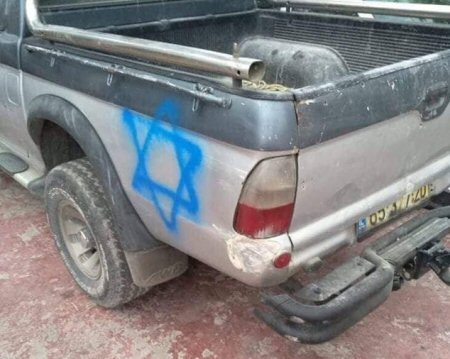 The incident comes a few days following a similar attack in the village of al-Mughayyir, northeast of the Ramallah district, during which Israeli settlers vandalized Palestinian property by slashing tires of eight Palestinian vehicles and spraying racist, anti-Palestinian graffiti on the walls of Palestinian homes.

According to a report from Israeli NGO B’Tselem, in April 2018 alone, 14 Israeli settler assaults were documented across the occupied West Bank.

Palestinian activists and international rights groups have accused Israel of fostering a “culture of impunity” for Israelis committing violent acts against Palestinians.

Better known as “price tag” attacks, extremist Israeli settlers use violent acts of retribution on Palestinians and their property, to demonstrate their opposition to Israeli restrictions on settlements and their outposts in the occupied West Bank.