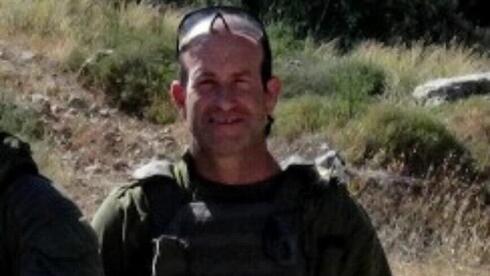 A 47-year-old Israeli soldier, identified as Noam Raz, 47, was shot and killed by Palestinian fighters Friday when the troops invaded the village of Burqin and Jenin refugee camp, in the Jenin District, in the northern West Bank.

The Times Of Israel said, “Raz was one of the founding members of Kida,” an illegal colony near the central West Bank city of Ramallah.

He was a married father of six children and a 23-year veteran of the “Yamam” special forces unit.

Shireen was shot with a live round in the head while wearing her press vest and helmet when an Israeli army sharpshooter fired one round at her.

The Ministry added that the soldiers first shot journalist Ali Sammoudi with a live round in the back, just as the journalists from various media agencies gathered in an open area in a clear line of sight from Israeli soldiers when the army committed its heinous crime.

Sammoudi, who was shot in the back, said that he, Shireen, and several other journalists gathered near a UNRWA-run school near Jenin refugee camp and were all wearing press vests and helmets before the soldiers shot him in the back and then shot Shireen with a live round in the head.

Raz was part of a squadron of troops that attacked the family home of Mohammad al-Dab’i in the village of Burqin in a pre-dawn raid.

The soldiers besieged the home for hours, while Palestinian resistance fighters gathered inside to try to protect the home. Some of those inside the home eventually came outside with their hands raised and were taken by the soldiers, but Israeli forces continued the siege and began to open fire on those that remained inside, wounding eleven.

One of the Palestinians who was shot and injured was identified as Daoud Zubeidi, brother of the famous Palestinian prisoner Zakaria Zubeidi, who was one of six prisoners who managed to escape from a high-security Israeli prison last year by digging a tunnel with spoons.

The high-profile prison escape was a source of embarrassment for the Israeli government, which prides itself on its security measures — arms and security equipment are Israel’s biggest export.

After he was shot, Raz was taken to the Rambam Hospital in Haifa with critical gunshot wounds, and later died of his wounds.

Also on Friday, Israeli troops shot a Palestinian who allegedly threw a rock at a passing Israeli vehicle.