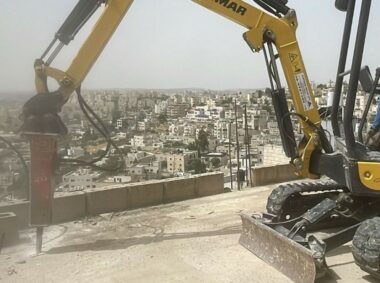 On Saturday, Israeli soldiers forced a Palestinian to demolish his home in Sur Baher town, southeast of occupied Jerusalem in the West Bank.

The Palestinian, Faraj Dabash, said he had to begin demolishing his own home to avoid the high fines and fees if the city used its workers and equipment to destroy the property.

Dabash added that he tried to obtain all needed construction permits and had to build his seventy square/meter property to shelter his family.

The Palestinian, his wife, and their three children, all below the age of eleven, were rendered homeless.