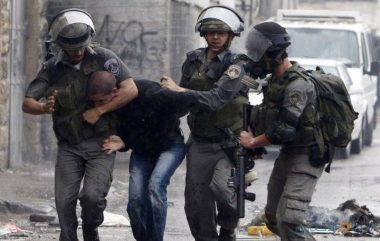 Israeli soldiers abducted, on Saturday evening, a Palestinian child, only twelve years of age, near the main entrance of the al-Jalazonerefugee camp, north of Ramallah, in central West Bank.

Media sources said the soldiers ambushed a group of children near the main entrance of the refugee camp, and abducted Mohammad Raed Dalaysha, 12.

They added that the soldiers repeatedly assaulted the child before abducting him, and took him to an unknown destination.

The soldiers also chased many Palestinians, mainly children, but were unable to detain them.