Israeli Soldiers Abduct A Palestinian, Cause Damage To Homes, In Jenin 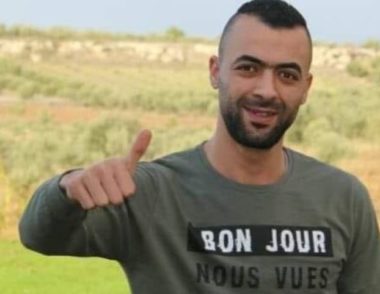 The Palestinian Prisoners Society (PPS) has reported that the soldiers abducted Ahmad Rateb Oweiss, 33, from his home.

It is worth mentioning that Ahmad has two brothers who are imprisoned by Israel after being sentenced to life terms, in addition to his brother Samer, who was killed by the army on October 3, 2002.

The PPS added that the soldiers also invaded and ransacked the homes of two detained siblings, identified as Yahia Zobeidi and Jibreel Zobeidi.

The soldiers also searched many homes in Jenin city and Jenin refugee camp, and conducted very violent searches of homes, in addition to causing damage to a car, owned by Amin Mer’ey.

In related news, the soldiers abducted at least fifty Palestinians in several parts of occupied East Jerusalem, including the Old City, during extensive and violent searches of dozens of homes, and interrogated dozens of residents.