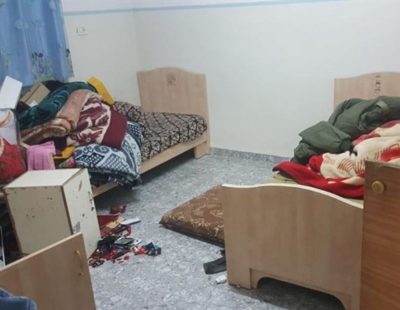 Israeli soldiers abducted, on Saturday at dawn, a young Palestinian man in Hebron city, in the southern part of the occupied West Bank.

Media sources in Hebron said the soldiers invaded and ransacked many homes, before abducting a young man, identified as Bara‚Äô Jaber.

The soldiers also attacked Palestinian protesters, and fired many gas bombs and concussion grenades at them, in Khallet Hadour and Junaid Mountain areas in Hebron.

« ‚ÄúI just want him to be a normal boy again‚Äô: Gaza Family Appeal for Urgent Help to Support Treatment of 11-year-old Mahmoud Who Was Shot in the Face by an Israeli Sniper Army Abducts A Palestinian Near Jenin »