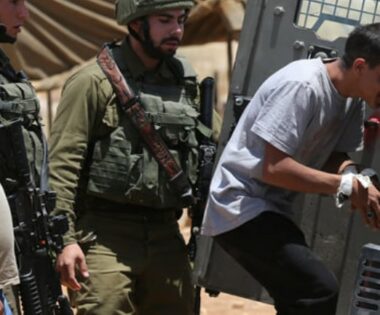 Israeli soldiers abducted, on Sunday at dawn, a Palestinian teenage boy and summoned a former political prisoner for interrogation in Bethlehem, south of the occupied Palestinian capital, Jerusalem, in the West Bank.

They added that the soldiers abducted Amir Ahmad Taqatqa, 17, from his home, and took him to the nearby Etzion military base and security center.

Furthermore, the soldiers invaded the al-‘Arouj village, east of Bethlehem, before storming and searching the home of a former political prisoner, identified as Ibrahim Abdullah al-‘Arouj, and summoned him for interrogation in Etzion.