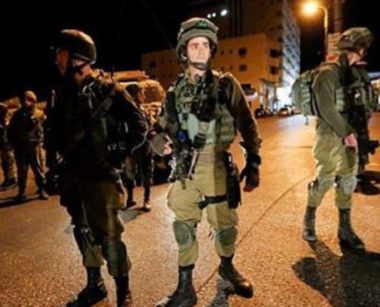 It added that the soldiers conducted extensive and violent searches of homes in the village, and illegally confiscated cash from the home of a former political prisoner, identified as Rashad Ahmad Za’rour.

In related news, the soldiers installed two roadblocks on the Jenin-Nablus road, and near Barta’a village, southwest of Jenin, in northern West Bank, before stopping and searching dozens of cars, and interrogated scores of Palestinians while inspecting their ID cards.