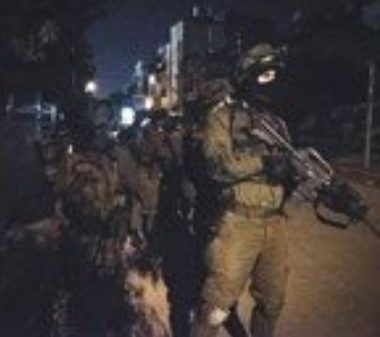 Israeli soldiers invaded, on Wednesday at dawn, several Palestinian communities in the West Bank governorates of Tulkarem, Ramallah and Bethlehem, broke into and searched many homes, and abducted eight Palestinians.

It added that the soldiers also abducted Nihad No’man Mdallal, 24, from his home in Kafr Sur village, south of Tulkarem.

It is worth mentioning that the soldiers attacked Barghouthi’s mother, causing cuts and bruises, before local medics moved her to a hospital.

Clashes took place between the invading soldiers and many local youngsters, who hurled stones at the military vehicles.