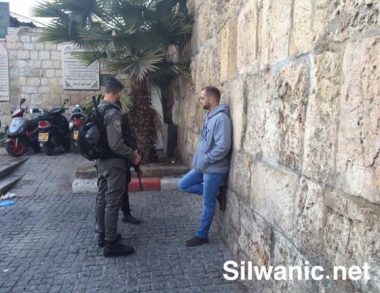 Israeli soldiers abducted, on Sunday at dawn, four Palestinians during invasions and violent searches of homes in the at-Tour neighborhood, in occupied East Jerusalem, shortly after abducting one Palestinian in the neighborhood.

Local layer Mohammad Mahmoud said the soldiers invaded and violently searched several homes before abducting four Palestinians, and took them to a detention and interrogation center in the occupied city.

Earlier on Sunday at dawn, the soldiers abducted a young man, identified as Faisal Shabana, also from at-Tour.