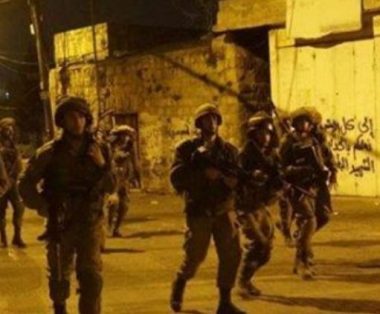 Israeli soldiers abducted, on Sunday at dawn, four young Palestinian men in Beit Ummar and Halhoul towns, near Hebron, in the southern part of the occupied West Bank.

The three Palestinians were cuffed and blindfolded before the soldiers took them to Karmie Tzur illegal colony, and Etzion military base.

It is worth mentioning that the Israeli army said its soldiers arrested eleven Palestinians in several parts of the occupied West Bank, and confiscated weapons in Anata town, near Jerusalem.