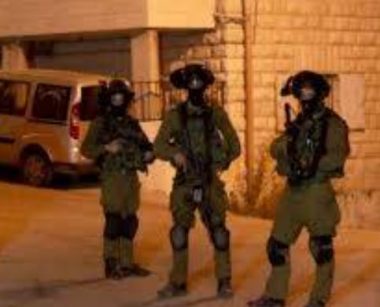 It added that the soldiers also installed roadblocks at the entrances of Sa’ir and Halhoul towns, and Hebron’s northern and southern roads, before stopping dozens of cars, and searched them while inspecting the ID cards of the passengers.

In Qalqilia, in the northern part of the West Bank, the soldiers also searched homes and abducted two Palestinians, identified as Khaled Ali Sweilem, 25, and Essam Salah Sweilem, 32.

Owners of some of the invaded and searched homes have been identified as Adnan Sweilem, Rezeq Ali Sweilem and Ayman Adnan Sweilem.