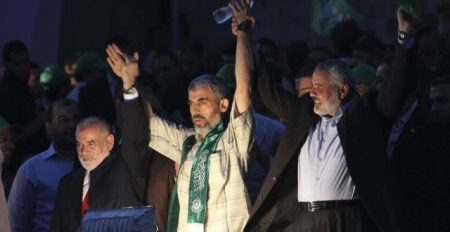 The ruling party in the Gaza Strip, the Hamas movement, today announced its new leader following “secret” elections in the strip.

The new leader, Yahia Sanwar, is a senior commander who was released from Israeli prisons in the Shalit prisoner exchange deal in 2011, and is considered one of the top militants in the military wing of Hamas.

Sources said, according to the PNN, that the elections are also taking place in order to announce the new members in the West Bank Hamas offices.

The current leader was reportedly criticized even by members of his own party, under claims of extremism and orders of death penalty.

Sanwar will be replacing Ismail Haniyya, who was the Prime Minister of the Hamas’ government in Gaza after the militant group overran the territory in 2007.