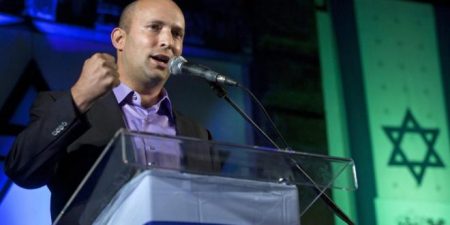 Israeli Transportation Minister Yisrael Katz, on Sunday, slammed the Education Minister Naftali Bennett, saying that he wants to drag the “entire country into a war.”

“Cabinet members should not criticize things just to gain political points. Here is a Cabinet minister and the head of a small party who wants to escalate the situation with Gaza because of his political interests,” Katz said, as reported by Ynet Israeli newspaper.

“He wants to drag the entire country into a war. This is a very grave situation”, Katz added, according to the PNN.

“Bennett is trying to widen his group of supporters at the expense of national interests, and this has to stop. I intend to fight how the Cabinet handed Operation Protective Edge in 2014.”

Bennett from the Jewish Home right wing nationalist party, following the Israeli aggression on Gaza in 2014, has said “It’s too bad we didn’t eliminate more terrorists because whoever lifts his hand against the state of Israel must die.”

In that time, Israel has killed over 2,200 Palestinians, according to UNRWA figures, at least 500 of them children.

Over 11,000 Palestinians were also wounded in the aggression. On the Israeli side,  67 soldiers and 6 civilians were killed.