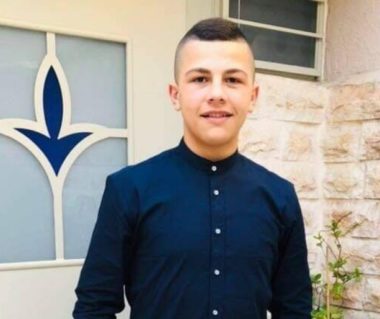 Israeli soldiers abducted, on Tuesday evening, four Palestinians, including two children, in the Old City and the al-‘Isawiya town, in occupied East Jerusalem, after assaulting them. The child was kidnapped by undercover soldiers.

The Wadi Hilweh Information Center in Silwan (Silwanic) has reported that the soldiers attacked several children in the Council Gate area of the Old City, and repeatedly tasered one of them.

The abducted Palestinians in the Old City have been identified as Abdul-Rahman Basheeti, 15, Adham Za’tari, and Mohammad Teryaqi.

On Tuesday at dawn, the soldiers abducted thirteen Palestinians from several parts of the West Bank.