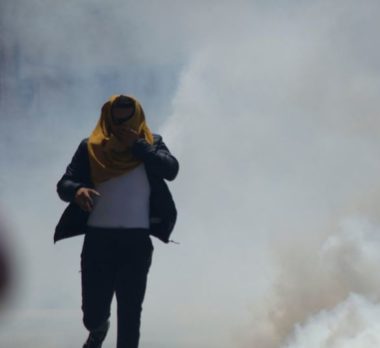 The Palestinian Red Crescent Society (PRCS) has reported that its medics provided treatment four Palestinians who were shot with rubber-coated steel bullets.

The PRCS added that a fifth Palestinian was injured after falling while the soldiers were chasing him.

Many Palestinians suffered the effects of teargas inhalation and received the needed treatment without.

On Tuesday evening, the soldiers assaulted and abducted four Palestinians, including two children, in the Old City and the al-‘Isawiya town, in occupied East Jerusalem.

On Tuesday at dawn, the army abducted thirteen Palestinians from their homes in several parts of the occupied West Bank.