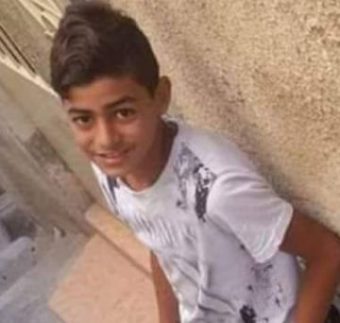 Israeli soldiers abducted, on Monday at dawn, six Palestinians, including a child, and summoned a woman for interrogation, in several parts of the occupied West Bank.

The soldiers also abducted a child, identified as Ashraf Gheith, 13, from his home in the ath-Thoury neighborhood in Silwan town, south of the Al-Aqsa Mosque in occupied Jerusalem. Also in Silwan, the soldiers invaded the home of a local teacher, identified as Hanadi al-Halawani, and summoned her for interrogation.

In Hebron, in the southern part of the West Bank, the soldiers also invaded and searched homes and abducted Nour Abdul-Fattah al-Qawasmi and Mohammad Abu Fannouna.

In addition, the soldiers invaded Dar Salah village, east of Bethlehem, before storming and ransacking many homes.

The soldiers also illegally confiscated a car, owned by Younis Abu Hanak, in the al-‘Obeydiyya town, east of Bethlehem.