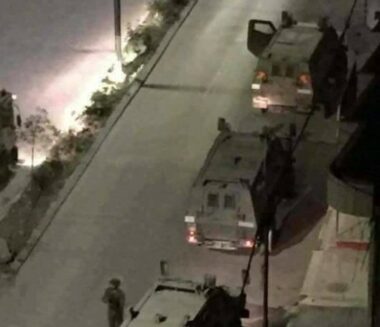 They added that regular army units surrounded the home before breaking into it and interrogated the family for a few hours while violently searching the property.

The soldiers informed the family that they also wanted to arrest Amin, but he wasn’t at home and told them he needed to head to the nearby military base.

In addition, the soldiers abducted Mo’in Alawna from his home in the town after storming his home and searching it.

In Deir Abu Da’if town, east of Jenin, the soldiers abducted Mohammad Mahasna, after invading his home and violently searching it.