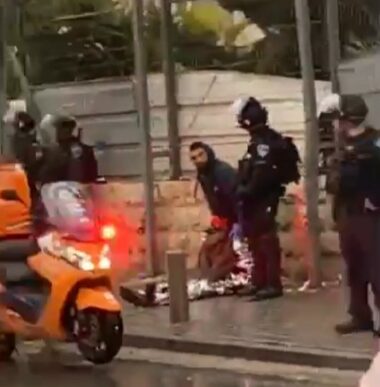 Media sources said the colonizers attacked several Palestinians in the Ras al-Amoud neighborhood, north of the Old City, before the locals intercepted the attack and tried to force the assailants away.

They added that Israeli soldiers invaded the neighborhood, attacked the Palestinians who were fending the colonizers’ attack off, and abducted three young men, Mahmoud Oweisat, Fares Oweisat, and Ahmad Oweisat.

The attack is part of numerous violations by the colonizers against the Palestinians in Ras al-Amoud, amidst constant attempts to remove them for the benefit of the illegal colonies and outposts.