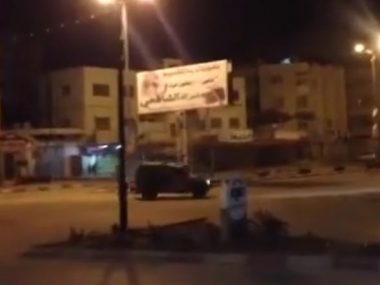 The Jenin office of the Palestinian Prisoners’ Society (PPS) said the soldiers searched a few homes, interrogated many Palestinians, and abducted three.

The PPS stated that the abducted Palestinians have been identified as Omran Jad Abu Farha, 20, his brother Jad, 18, and Khaled Sufian Abu Farha, 21.

In  addition, the soldiers abducted two Palestinian men from their homes in Qalqilia city, in the northern part of the occupied West Bank, and summoned a Palestinian, from Bethlehem, for interrogation.

On Thursday at night, the soldiers abducted a Palestinian from the al-Jalama village, northeast of Jenin, after stopping him at the Za’tara military roadblock, south of Nablus, also in northern West Bank.