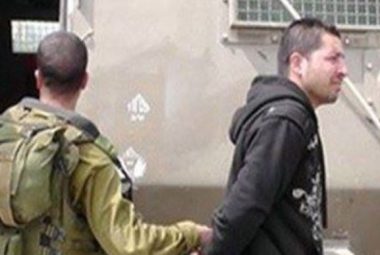 Israeli soldiers invaded, on Sunday at dawn, several areas in the West Bank governorate of Bethlehem, stormed and violently searched homes, abducted three Palestinians, and summoned one for interrogation.

It added that the soldiers also abducted Nour Kamal Moammar, 20, and Mohammad Sa’id Abu Harithiyya, from their homes in Battir town, west of Bethlehem.

The PPS also stated that the soldiers invaded Thahrat an-Nada area, southeast of Beit Sahour city, and summoned Khaled Hassan ‘Obeyyat, 48, for interrogation in Etzion military base and security center, south of Bethlehem, after breaking into his home and searching it.

On Saturday, the soldiers detained a child, identified as Wadea’ Karam Maswada, 14, after stopping him at a military roadblock in the Sahla neighborhood, near the Ibrahimi Mosque, in the southern West Bank city of Hebron.

Eyewitnesses said an Israeli colonist settler attacked the child, and stole his bicycle, while the soldiers failed to intervene, and later detained the child.

In related news, initial reports indicate that the soldiers invaded and searched dozens of homes, in several parts of the occupied West Bank, and abducted sixteen Palestinians.