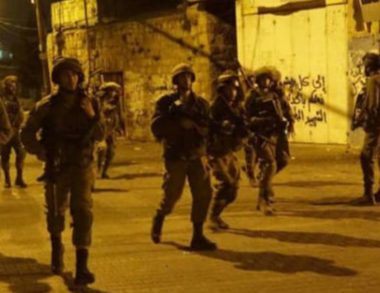 Israeli soldiers abducted, on Tuesday at dawn, three Palestinians, and summoned two others, for interrogation, after invading their homes in Bethlehem, in the occupied West Bank.

They added that the soldiers also abducted a teenage boy, identified as Raed Hasan Mousa, from his home in the al-Khader town, south of Bethlehem.

The soldiers also invaded and searched homes in Teqoua’ town, southeast of Bethlehem, and summoned Mohammad Jom’a Sha’er, 16, and Ahmad Mahmoud Abu Mfarreh, 16, for interrogation in Etzion military base, south of Bethlehem.